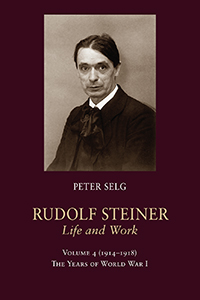 In volume 4, Peter Selg continues his thorough and careful exploration into Rudolf Steiner’s life and work, focusing on the period of 1914 to 1918 and World War I. Steiner experienced the assassination in Sarajevo as a deeply serious tragedy that would inevitably lead to war and lamented the widespread reluctance to regard such critical events with the appropriate earnestness and concern.

Steiner saw the dark time of World War I as largely the result of mounting economic tensions between England and Germany, marked by unsustainably materialistic and nationalistic thinking. In his view, the prevalent social concepts resisted evolution toward a form of society that would enable a long-term future peace; he would soon propose his alternative in the form of the “threefold nature of the social organism.” The core idea of this concept is that, to maintain societal health, sovereign and mutually interdependent relations must be upheld among the three principal domains of social life—the political, economic, and cultural-spiritual realms.

Rudolf Steiner felt strongly that the threefold concept would be the only hope for lasting peace in war-torn Europe and devoted tremendous energy to promoting and clarifying his “threefold idea.” In the end, his many attempts to reach out to those capable of bringing this idea to realization did not succeed, though certain high-ranking individuals did reach out to Steiner for counsel.

Volume 4 describes a dramatic period during which Rudolf Steiner showed competence and devotion in his attempts to communicate and implement a long-term path to peaceful relations in Europe. His lectures during this time focused heavily on themes of inwardly accompanying those who have died; caring for the wounded; the importance of selflessly experiencing the full tragic reality of world events; and the vital importance of truthfulness in journalism. He regarded the deficiency of truthful reporting to be so dire that he considered founding a news organization in Switzerland.

Steiner’s deep concern for the tragedy that had befallen Europe, for the many lives violently cut short, and for the political exploitation attempted in the aftermath of the war, led him to imbue his anthroposophic activity with a fundamentally new gesture, focusing on practical contributions to society in a way never before attempted in the anthroposophical movement.

Life of the Human Soul and its Relation to World Evolution 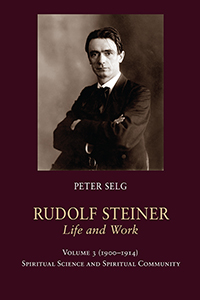 Spirit as Sculptor of the Human Organism 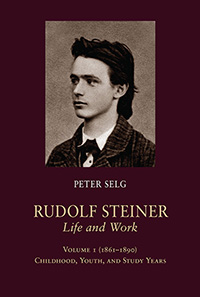 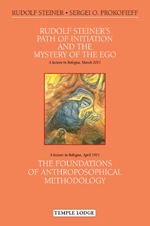